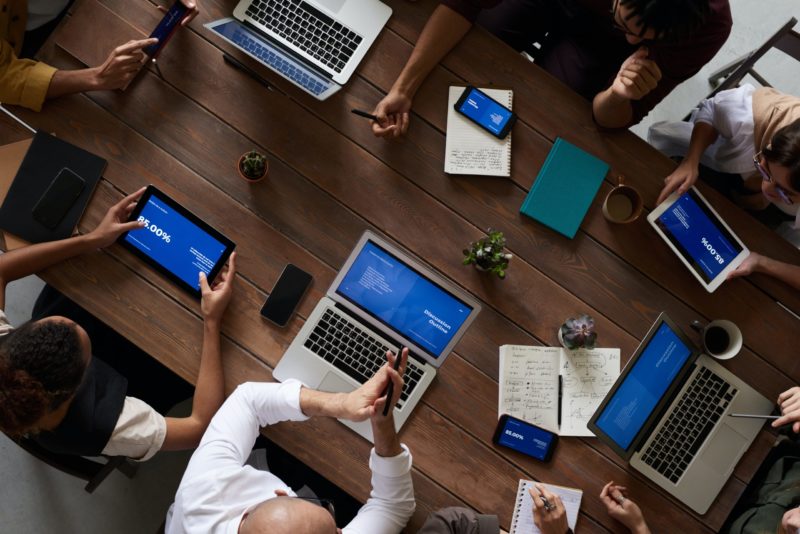 The past two years shifted our very existence so dramatically that the phrase “the new normal” has been used to describe just about everything that occurred in the aftermath. It referred to our education, socialization, family dynamics, health practices, our shopping habits, and especially to our work. Yet, with too many changes to count, when we dig deeper, we can find patterns that the way we work was already changing; it just got pushed further along more quickly (ok, very quickly). At the end of the day, however, whether the changes at work were inevitable or abrupt, we adapted and found that our approaches to work seem to always take on a familiar tone.

Everyone is quitting…but hasn’t that been happening all along?

Your generation, according to statistics, often correlates to what’s considered the average tenure for staying at a job. For instance, the “baby boomers,” our oldest workforce generation, is often referenced to have remained at a single job for 10+ years, while the Millennial-aged workers, the largest group in the workforce today, stay for just under three years. It’s quite a shift from the traditional “hire and retire” from the same company mentality. However, could it also be a bit of a numbers game? Here is a different perspective: Stats from bls.gov also suggest that workers born between 1957-1964 – the younger end of the baby boomers’ group – held on average 12.4 jobs during their working age (18-54). This was the average across non-degreed workers vs. those with a college education. A 36-year career span with 12.4 jobs would average out to…3 years for average tenure when you really break down the math. That’s the same as the Millennials, the tech-savvy generation who represents 35% of the workforce and who have consistently been labeled as “job-hoppers” to the point where their work ethic is unfairly questioned. Sure, it’s not an apples-to-apples comparison, given that baby boomers have worked well beyond the typical 55 age of retirement, and many of those 12.4 jobs were held in the younger years of their careers. Still, as a working society, we can see where we have long accepted a particular narrative, based on stereotypes we have been conditioned to believe, that are not always what they seem.

Bottom line: Most professionals will gravitate towards new opportunities when they present themselves.

The New Normal will leave the older generation behind.

While it’s true that for workers of retirement age, the pandemic was the catalyst to finally call it a day at work, we continue to see older generations fill in the gaps across all industries during a tight labor market. According to new polls, they are staying in the game longer, even at semi-retired positions. In doing so, they are adapting to tech, creating new career paths, and taking advantage of the new flexible workstyle that allgenerations have now grown to enjoy.

For example, while the “start-up” phrase seems to be synonymous with younger worker generations, we often forget that our oldest workers were once the entrepreneurs and pioneers in their industries. Some statistics even suggest that baby boomers may be twice as likely to open their own independent businessesthan Millennials. They have amassed more wealth over the course of their careers, which may provide the comfort level to take this risk. But much like their younger working counterparts, they also characteristically lean towards work independence and innovative thought. The start-up leaders of today certainly work tirelessly to build their businesses, but the older working generation were the first “workaholics” (just ask their GenX latch-key kids!)

When it comes to work changes and the fact that tech rules, we can acknowledge in some instances that the technology we have today may be harder to keep up with for individuals who have not been raised on its existence since birth, but we must keep in mind that our next oldest generation in the workforce, the sandwich generation (Gen X), paved the way for the technology explosions that occur today. The foundational “tech” of the personal computer and the Internet may have surfaced before their time, but the GenXers fast-tracked it in the world of work. They mainstreamed cellular phone use, video games, email, and the start of social media (hello Classmates and Six Degrees?). GenX professionals had a large hand in setting the foundation for the overhauls and processes that define big businesses and reliance on technology.

Yet, contrary to the apparent “schisms” between the ages, the five working generations (yes, there are now five generations working in one organization at the same time) are recognizing their differences, acknowledging the pitfalls, debunking the stereotypes, and hopefully putting practices in place to understand one another and adapt to each other’s working preference.

Bottom line: All the generations are adapting to the new normal. After all, we almost all figured out (albeit some kicking and screaming) how to get on a ZOOM call at some point in the last two years!

Independent workers will increase significantly in the “New Normal.”

Sort of true, but misleading. Yes, we will have a large population of independent contractors in our workforce post-COVID. But it’s not necessarily a new concept, so really, how much changed? Some pre-pandemic statistics show that the US had 41million independent contractors in 2019, increasing to 51million in 2021. That’s a good-sized jump, but admittedly it’s hard to narrow down an exact number – there are so many stats, and methodologies used that you have to take each metric with a grain of salt. The point is, though, the workforce was riding that wave already, and with projected total employment for 2022 at 159million, independent contractors will hover a little over 30% of the total employed workforce.

What we can clearly hypothesize, however, is that if you are not working as an independent contractor, most employees want that same type of flexible workstyle in remote and/or hybrid work environment and won’t settle for less. We don’t need to belabor the point; workers want flexibility; they prefer remote work and might even quit to find a job that offers it. While not all jobs can be done from home, most workers would prefer it if it can be. This isn’t a new phenomenon. Mindsets were shifting in that direction already for the decade prior; COVID again just pushed it along.

Bottom line: Working individuals enjoyed an independent work lifestyle before the new normal, and that sentiment continues to grow.

Statistics in workforces will ebb and flow, industries will explore new avenues and swing back, and technology has changed some work possibilities forevermore. But one constant is what all workers, regardless of status, generation or industry, strive towards, and that is meaningful work. That’s not to say that all generations define “meaningful work” the same way, because people approach work with a different perspective based on their lived experiences. But collectively, we would hope for our work to at least reflect the values with which we align. It is how we spend the majority of our adult life – working. We often hear the anecdotes, “when I look back on my life, I’m not going to wish I spent that extra hour at work.” But most individuals will look back and hope that their work fulfilled them and what they did made a difference somehow in the areas they find valuable. Despite all the examples of what has changed, what has stayed the same, and whether you agree with each new work evolution or not, it’s at least comforting to know that work at its core boils down to human-ness as the prevailing force. If we all strive to find meaning and succeed in accomplishing that, we will all experience a happier, more engaged workforce. It may be wishful thinking, but it’s undoubtedly one idea we shouldn’t be quick to change.

Bottom line: What do we want? Meaningful Work. When do we want it? Now, then, before and after.

At SSi People, our primary job is to find those opportunities and create connections that perpetuate the goal of meaningful work. Our mission is to put people first – it’s even in our name! Contact us today to conduct your search in finding your next meaningful opportunity.