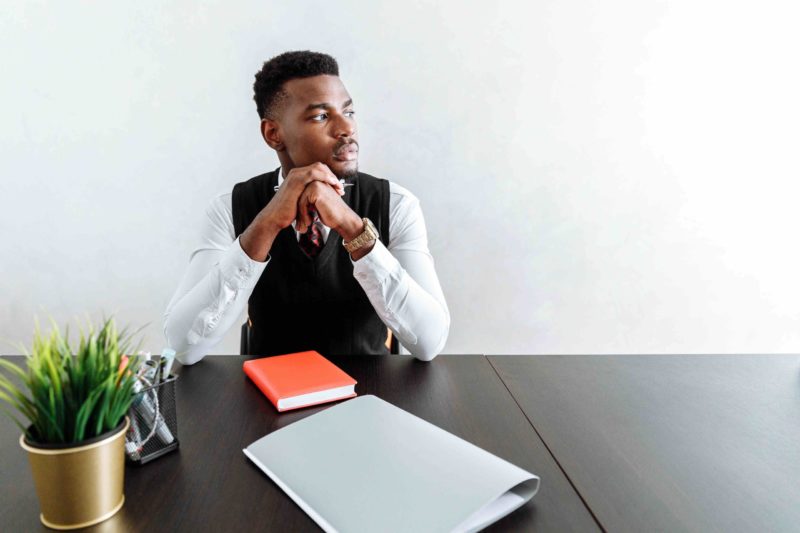 So much has changed since the COVID-19 pandemic of 2020 and the years that followed. Businesses took their workforces remote, the world struggled with product shortages and shipping issues, and employees across the United States led a mass exodus that was later coined The Great Resignation.

The Great Resignation refers to the millions of employees who voluntarily quit their jobs (mostly during the pandemic)—some left to focus on their mental health, while others sought higher pay or more flexibility. The numbers are staggering:

The aftermath of the Great Resignation is a mix of workers satisfied in their new roles and millions more who are second-guessing their decision to resign, joining others in what has been aptly named the Great Regret. The Great Regret is of a harsh reality that the grass truly isn’t always greener on the other side.

Thinking about joining the Great Resignation? Before you do, let’s explore why others who joined are now regretting their decision to do so and how you can find a new role without regret.

5 Reasons employees may be having “Great Regret” upon quitting

During the Great Resignation, American workers quit, hoping to find a job that wouldn’t cause burnout, provided more flexibility, and offered higher pay. But the reality soon sunk in that their decision may have been made too quickly, and now those who quit have serious regrets. Here’s why.

1. It’s harder to find a job than expected

Despite six straight months of over 11 million job openings (as of May 2022), many workers have struggled to find a new job after leaving their previous roles. According to a Joblist study of over 15,000 job seekers, a whopping 40% of those surveyed said their top reason is that “they quit without a new job lined up and the job market has proved more difficult than expected.”

So, if you’re considering joining the Great Resignation, think twice about leaving without having a new job lined up first.

2. They miss their work family

Perhaps more surprising is that nearly a quarter of the Joblist study participants cited missing their previous coworkers as the reason they regret leaving their previous job. But as Kevin Harrington, Joblist CEO, said, “Many people spend as much time at work as they do with family and friends. For those who build strong personal relationships with colleagues, it can greatly impact how they view their job and how likely they are to stay in it.”

Are you a people person who values deep relationships with your colleagues? Or do you prefer to keep your work relationships professional and surface-level? Ask yourself these questions before you quit because if you love your team and the relationships you’ve cultivated with them, you may regret leaving them.

Just like how you get buyer’s remorse after purchasing something that wasn’t worth it, you can regret leaving your current job for something that appeared to be better but isn’t living up to expectations. Joblist’s study revealed that 17% felt their new job isn’t what they hoped for, while a Harris Poll for USA Today showed that 30% of people with regret said their new job wasn’t what they expected.

Catherine Fisher, a LinkedIn career expert, suggests slowing down before moving to your next position: “Those of you who are unhappy with the move, it’s probably because you were just moving too fast, both on the company side and… the employee side.”

Have you researched the company you want to work for? Do you fully understand the role and what company culture is like? If not, slow down and get introspective before jumping to your next opportunity.

4. They realize their previous job was better than they thought

Sometimes we need to try something new to realize what we had, but often, that leads to regret. And 16% of job seekers in the Joblist study agree—that their old job was better than they realized.

James Bailey, a professor of leadership development at the George Washington University School of Business, explains that people felt empowered early on. Still, now those same employees want to boomerang or return to their previous company. While some question companies hiring back employees who left (and assumedly have no loyalty), Bailey explains that “the cost of onboarding brand new people as opposed to hiring back boomerangs is just way too high. Recruitment and training are expensive.”

If you’re one of the workers hoping to boomerang, there’s good news: a 2022 study from the payroll firm UKG discovered that nearly 20% of people who quit during the Great Resignation have already returned to the job they left. Brad Harris, a professor at HEC Paris, has a great perspective for boomerang employees:

“Coinciding with all of this, our old organizations may have changed and adapted since our departure in ways that improve their value proposition. Maybe they’re more flexible… maybe they’ve had a chance to adjust their compensation strategy.”

So, if you’re feeling regretful and wish you could return, reconnect with your manager or former colleagues to start that conversation.

5. The culture and management at their new job are poor

Culture used to mean ping-pong tables, casual dress, and free food and snacks throughout the office. But as workplace culture has evolved and the pandemic forced companies to navigate the world of remote work, work culture has become entirely different.

Workplace culture is now about prioritizing mental health and avoiding burnout. And the good news is that data continually shows that workers are intolerant of toxic and exploitative cultures, and employers must make the necessary changes to attract and keep their employees.

However, for those who left their jobs during the Great Resignation, the culture at their new companies may not be up to par. A survey of 2,500 workers from The Muse found that 72% of workers “experienced either ‘surprise or regret’ that the new position or new company they quit their job for turned out to be ‘very different’ from what they were led to believe. Nearly half (48 percent) of these workers said they would try to get their old job back,” said the U.K.’s Guardian. USA Today’s Harris Poll also showed that almost a quarter of its respondents missed the culture at their previous company or job.

While the pandemic has highlighted the importance of mental health in the workplace, the need for employee recognition, and a reevaluation of compensation, it has also set unrealistic expectations for new jobs.

You might not necessarily be able to find a better job with a higher salary, in a more rewarding role, with all the benefits you want. And the proof is in the Great Regret. So, before you consider moving on, ask yourself whether you have realistic expectations and if you genuinely believe you can find something better.

There’s nothing wrong with taking time to think through things. But if you’re restless and ready to move on without a new job lined up, there are a few things you can do to carry you through until you land your ideal role.

Ready for something new?

Whether you’ve already joined the Great Resignation or you’re actively looking for a new role before you leave, working with a staffing agency like SSI People is a great option.

Staffing agencies get to know you and your skills and present you and your resume to companies looking to hire. They do the hard work of finding the right jobs for you and connecting you to the hiring managers, so you can focus on interviewing and thoroughly evaluating the company (so you don’t end up as part of the Great Regret).

If you’re looking to work with a staffing agency that puts you first and has a stellar record of placing happy employees, get in touch, and let’s see how we can find your next dream job.